Faye Dunaway and Warren Beatty in Bonnie and Clyde

Cinema can accomplish many things. It provides escapism, it moves us to tears and laughter. It seeps into pop culture in ways that other artforms can only dream of. As purely visual experiences, cinema provides a place for a huge array of styles and trends, and sometimes a single film can become iconic, even timeless.

Not just a testament to the enduring power of cinema, “Bonnie and Clyde” has a style that places it firmly in the iconic lexicon. There are few films as sylistically keen as Arthur Penn’s film, from Faye Dunaway’s tight sweaters and pencil skirts, to Warren Beatty’s chalk-stripe suits, cut within an inch of their lives. Costume design becomes a character all of it’s own, announcing the film’s intentions before one bullet flies through the air.


Not just a testament to the enduring power of cinema, “Bonnie and Clyde” has a style that places it firmly in the iconic lexicon.

And this film has a lot of bullets.

Faye Dunaway in Bonnie and Clyde

The costumes were desinged by Theodora Van Runkle, who received an Oscar nomination for her trouble and wears it’s inspirations on it’s immaculatley tailored sleeves. Influenced by what was happening in the French New Wave at the time, as, ironically, the French New Wave was influenced by gangster pictures of the 20’s and 30’s. It’s a circular trend feeding off itself, like a snake digesting it’s own tail, the sort of analogy that Clyde Barrow himself might have made. Directors like Godard were more interested in aesthetic than plot, style over content. Think of the hoodlums dancing in the cafe in “Bande A Part”, or of Jean-Paul Belmondo, trying to perfect his Bogart, in “Breathless”. Here were films interested in the iconic. The cut of a good suit, or the sharp edges of a hair design.

Film Noir plays it’s part too, but unlike that genre’s cliches, Clyde Barrow is no sap, in the mould of many a film noir hero, down on their luck, in ill-fitting suit, and twisted round the finger of a femme fatale. Nor is Bonnie a femme fatale. She owns her character, her postures, her thoughts on those she destroys. She is behind her man every step of the way, supportive and helpful. They’d be the perfect couple, were it not for the psychosis.

And yet, as influential as Noir and the French New Wave are, none of them endure in quite the same way as Penn’s picture.

Fashion has it’s part to play in this. Often it’s a matter of right time, right place, and yet the look and design of “Bonnie and Clyde” resonates pure wish fulfilment. You want to look like them. To have Clyde’s swagger, or Bonnie’s sex appeal. That air of freedom that comes from fearlessness. That punch of confidence from not only feeling sexy, but knowing you’re sexy.

Interestingly, the recent TV remake of the story, seemed to lose something in translation. It looked right, but re-inforced a big truth about pop culture, that the casting was just as vital to the effectiveness of the look. Say what you will about Warren Beatty, the man could wear a suit. And Dunaway? No one could make a beret look better . The remake cast younger, and suffered the consequences of coming across as a Bugsy Malone–style romp.


Dunaway would later star in another iconic style piece, working opposite Jack Nicholson in “Chinatown” in 1974, a picture that probably wouldn’t have been made were it not for the wave of cool that had broken with Penn’s vision.

Penn’s film inspired a huge throwback to 30’s trends. Indeed, Dunaway would later star in another iconic style piece, working opposite Jack Nicholson in “Chinatown” in 1974, a picture that probably wouldn’t have been made were it not for the wave of cool that had broken with Penn’s vision.

The inspiration continues to this very day. Open any fashion magazine and you find a photo spread that name checks our anti-heroes. Baz Luhrmann’s “The Great Gatsby” stole many of the postures, but brought none of the tone. Even Beyonce and Jay-Z used the film’s fashions in promo videos for a recent tour.

Trends come and go, but the aesthetic of “Bonnie and Clyde” endures, partly because of it’s connection to the myth of the outlaw, but mainly because there is nothing quite as cool as a man in a suit and fedora, or a woman who owns her sexuality and body image through something as simple as where you place the cigarette in the mouth.

The film’s style is all the more fascinating when you consider the real Bonnie and Clyde, who looked, well, a little less iconic. They looked like thugs, not as well dressed or sexy as their cinematic portrayals, they were a product of depression-era America, a product of their times, a couple that couldn’t have existed were it not for the circumstances under which they lived.

The real Bonnie and Clyde

In short, less Hollywood and, therefore, harder to sell.

The film has no such problems. It ends in gunfire and bloodshed, slow motion allowing us to pore over every inch of the bullet riddled bodies. And while we may still be shocked by such on screen carnage, one thought haunts me more than most:

They look better dead than I’ve ever looked alive. 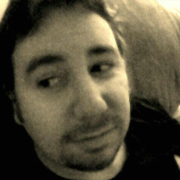 Chris Watt is a novelist, screenwriter and film critic. A graduate of the University of Northumbria, his first novel, "Peer Pressure", was published in 2012. He has written film reviews and articles for "Show The Shark" and "Death By Movies" and is currently the Senior Film Critic for "Watch This Space Film Magazine". His screenplay, "Even God Gets Mad In The Temple", was shortlisted for the Shore Scripts Award in 2014, while his screenplay for the film "Manifest" is currently in production. A life-long cinephile, his favourite films range from "Jaws" to "Pan's Labyrinth" via "Dumbo".